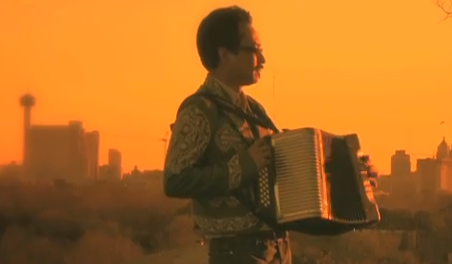 The native peoples of the region known as San Antonio called their home Yanaguana. Sacred for it’s abundance of fresh water, the area’s rich history is often lost in translation as we are presented with exaggerated caricatures of our past in history lessons and tourists guides. Davey Crockett is no pinche hero of mine! In collaboration with videographer Haldun Morgan, the following poem is an offering to the spirit of these sacred waters.

And the people here have always held these water sacred

Along her banks, in the barrios of the south and west sides huddled masses still cling together. The decedents of those who’ve struggled to carve a life for themselves out of the unforgiving bedrock of history. Who’s blood is stained in the soil and in the pages, in the bricks and the pavement.

This city has always been dependant upon the people who live and love and suffer along it’s creeks and springs and tributaries.

My grandparent’s memories of childhood took place there when the waters still offered refuge and sustenance. And though some recent attempts have been made to restore its natural flow and fauna

Lost to the party downtown where tourists gather on river barges, smile and wave at the fairy tale history that keeps this city alive never bothering to stop and listen to the unsung heroes who’s bones rattle beneath the Alamo. We thrive on then and in fact are dependent as we serve them with feigned smiles and forced compassion all along the River Walk that is the biggest illusion the city offers, our city… Yanaguana.

Meanwhile, on the west side, junkies clean their needles in the rank and fetid waters

Each precious drop a life in the long flow of creation and water is the prayer that feeds our roots.