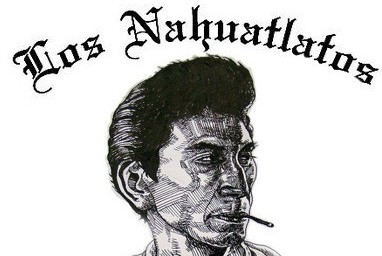 LOS NAHUATLATOS are a group of San Antonio-based musicians rooted in the cultural traditions of South Texas. Hector Saldaña of the San Antonio Express News describes them as “an authentic voice that epitomizes a shift in la onda (the scene).” Their music, self-described “Xicano Roots Fusion”, is a synthesis of traditional Latino styles (including but not limited to Conjunto, Son Jarocho, Latin Jazz and R&B) combined with contemporary elements of Hip-Hop, Ska, Reggae and Soul. Los Nahuatlatos have been featured at the 2013 International Accordion Festival and the 32nd Annual Tejano/Conjunto Festival. They represent a new generation of Latino musicians exploring an ambitious new sound whose mission is to create inspiring and innovative music on a conscious level that people of all ages and backgrounds can enjoy. Their debut album is set to be released this year.

“An authentic voice that epitomizes a shift in la onda (the scene).”