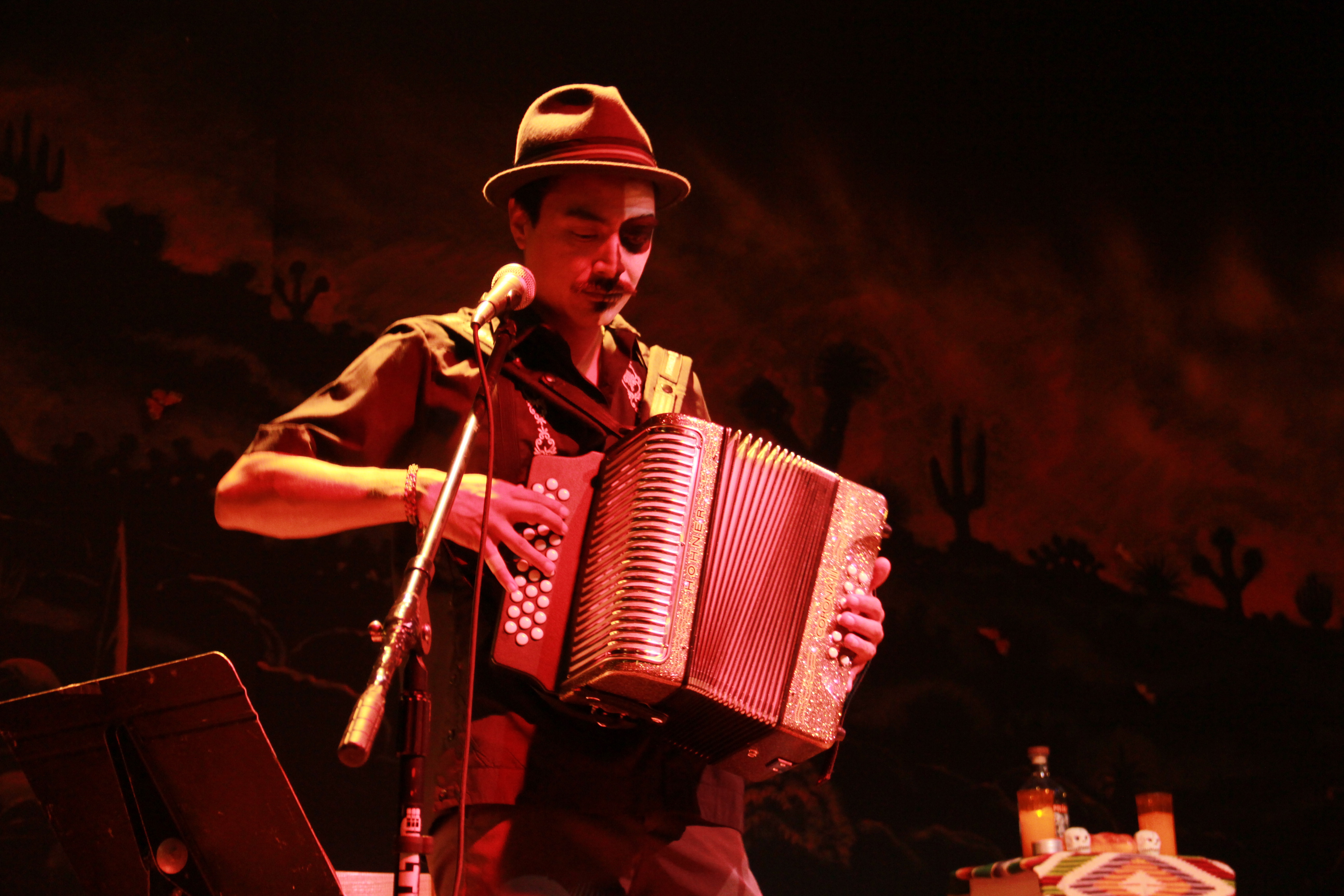 Opening the performance is a ritualistic blessing of the stage already set with soft, colorful lighting and a full screen visual of the San Antonio skyline. Here then the stage becomes it’s own alter where figures (family, friends, artists, activists, etc.), ghost-like, appear in the night sky. As the performance progresses, interwoven with music and poetry, so does a full moon that arches slowly across the screen, disappearing at its apex, representing the other side of our cosmic cycle where our eyes do not penetrate. Another central figure in this heart-felt production is an antique radio, highlighted during transitions, that relates it’s own historical narrative through the music it draws up from the past. Along with audio interviews, and the live performance by Nicolas, all these various elements come together harmoniously to create a living landscape of memories and dreams (and stories still unfolding), that takes the audience on a poignant journey into the spirit and soul of SanAnto.

Intended to be adaptable to various locations and to include local collaborations, Recuerdos continues to evolve beyond a story of just SanAnto, but as a reflection and celebration of the lives, the struggles and the achievements of the people that make our space in the world a home.

One thought on “Recuerdos”